Maia, the half-goblin youngest son of the Emperor, is suddenly called to the throne when his father and brothers are killed. With no education and no allies, he tries to find his footing in unfamiliar surroundings, amongst unreliable subjects.

I’ve seen a lot of positive reaction to Katherine Addison’s The Goblin Emperor, and I envisioned a complex but innovative, steampunky look at goblin life. A look at the blurb suggested more of a political novel, and I decided it wasn’t for me. On getting my Hugo review package, I realized the book had been nominated, so off I went to read it. Turns out I was right – it wasn’t for me.

The Goblin Emperor isn’t a terrible book, but there’s very little that’s original about it. Unexpected heir struggles to find his place – this is a fantasy trope that’s been covered extensively. Addison doesn’t bring much to it that’s new. Pretty much every action the bewildered heir Maia takes feels scripted – entirely ‘by the book’ in every respect. He finds unexpected allies, turns out to have a heart of gold, the common touch, etc.The empire is composed of elves, but there’s nothing essentially elfin about it – it’s humans with pointy ears. Goblins turn out to be elves with dark skin.

Addison does herself no favors by substantially complicating the book’s environment. There’s scenery and verisimilitude and then there’s getting carried away. While she uses terms such as Emperor, Arch-Duke, and Count, she also creates a whole new hierarchy of ranks, each with its own carefully thought out, gender-dependent term. Wise readers will spot an annex with explanations in the table of contents; I didn’t. Without reading the annex, the book becomes difficult to follow as names and titles flow fast and free without much in the way of context. It’s like reading a Russian novel without knowing about patronymics and diminutives – you wonder who the hell all these people are, only to find that half of them were already introduced by other names, and the reader’s expected to just see the connection.

Addison similarly adds plenty of neologisms, including for one-time events or items (do we need to know that a Barizheise nesting doll is called a Barchakh’kaladim?). There’s clearly a good deal of thought behind them, but this single-novel world is not one that calls out for Tolkien level etymology. I found that, rather than enriching the world, the vocabulary distracted from it.

Despite all these efforts, much of the world is not credible. Maia comes from nowhere and, despite known opposition, is crowned without much resistance. He goes through much of his new imperial life without meeting more than a handful of people. There’s much more information about his burdensome clothing than about actually governing the empire. No one ever has any concern about funds, even when planning grand engineering projects. The ruler of another kingdom invites himself to stay, and it’s accepted as a normal thing. I found it hard to accept, in an environment that is said to be complex and highly factional.

I’ve admitted to not being a fan of political fiction – factions, infighting, and manipulation – and that’s really what this book is about. There is a secondary storyline about Maia’s development as a young man, but it is clearly secondary. While some seem to have found that story the book’s strong suit, I found it far from credible, and not greatly moving – perhaps because so much of it is so predictable. There’s little depth to the emotions – more cues that here we should feel happiness, there dismay. Maia’s ‘I have power but I am imprisoned’ by power introspection is everything we’ve seen before. His intellectual progression is also not credible – he goes from ignorant innocent to sharp (but bumbling) political actor in the space of just a few pages, with no apparent cause. Happily, it all works out, because, as luck would have it, he trusts and suspects exactly the right people. Maia at one point finds it incredible that people are so devoted to him. Me too.

While Addison takes pains to source some of his knowledge, Maia occasionally seems to pick up information through diffusion. (Would a man who’s spent most of his life with just a handful of people in the back of beyond recognize the particular pattern of stylish wallpaper?) He’s also simply not a particularly appealing person. While he’s naive and innocent, he’s also pretty whiny. While his actions are mostly those of a puppet ruler, there’s no one pulling the strings; he’s just shy.

Overall, the book gives the feeling of an author trying too hard, with a result that’s stiff and stilted. Addison’s world uses formal and informal second person address (you, thee), but also first person (we, I – and not just for royalty). It sets the stage, but is tedious to read, and requires frequent authorial callouts (“he used the plural ‘we’ rather than the formal”). To her credit, Addison, unlike so many other writers, gets the usage right almost all the time, and the few errors are likely no more than typos.

I’ve become more vocal of late about SFF that doesn’t reach very far, and this book is a good example. Though written by a woman, it relies on standard medieval ‘women are property’ conventions. I’m tired of that even in books that are about fighting the patriarchy. Here, it’s a throwaway – ‘Hey, women are property. How about some lunch?’ I’m baffled by why this theme persists. If your book is not about changing standards, why adopt outdated old ones? Surely even the most conservative writers aren’t longing for the days when husbands literally owned their wives, so why use those days as the basis for fiction? The closes this book gets is that Maia at one point accepts a female guard – so long as the male guard is okay with it, that is. At one point, I hoped the story would turn out to be a complex satire. Sadly, it’s not.

All in all, not a compelling book. I can’t decide whether it’s meant as young-adult fiction, but with far too complex a style, or as adult fantasy that’s strictly by the numbers. I assume it to be the second, which places it in the ‘readable but dull, and not recommended’ category.

The official blurb for the book claims it “is a memorable debut for a great new talent.” That turns out not to be at all true. As Katherine Addison’s own website points out, she’s actually published author Sarah Monette, forced by her new publisher to use a pseudonym. Monette doesn’t seem too happy about this, and I can see why, given the misleading (actually, untruthful) nature of the promotion. As it happens, I’ve read and disliked one of Monette’s previous works, Melusine, so it’s unsurprising that I didn’t care for this one.

It all felt too careful, too carefully colored within the lines to have much real passion. 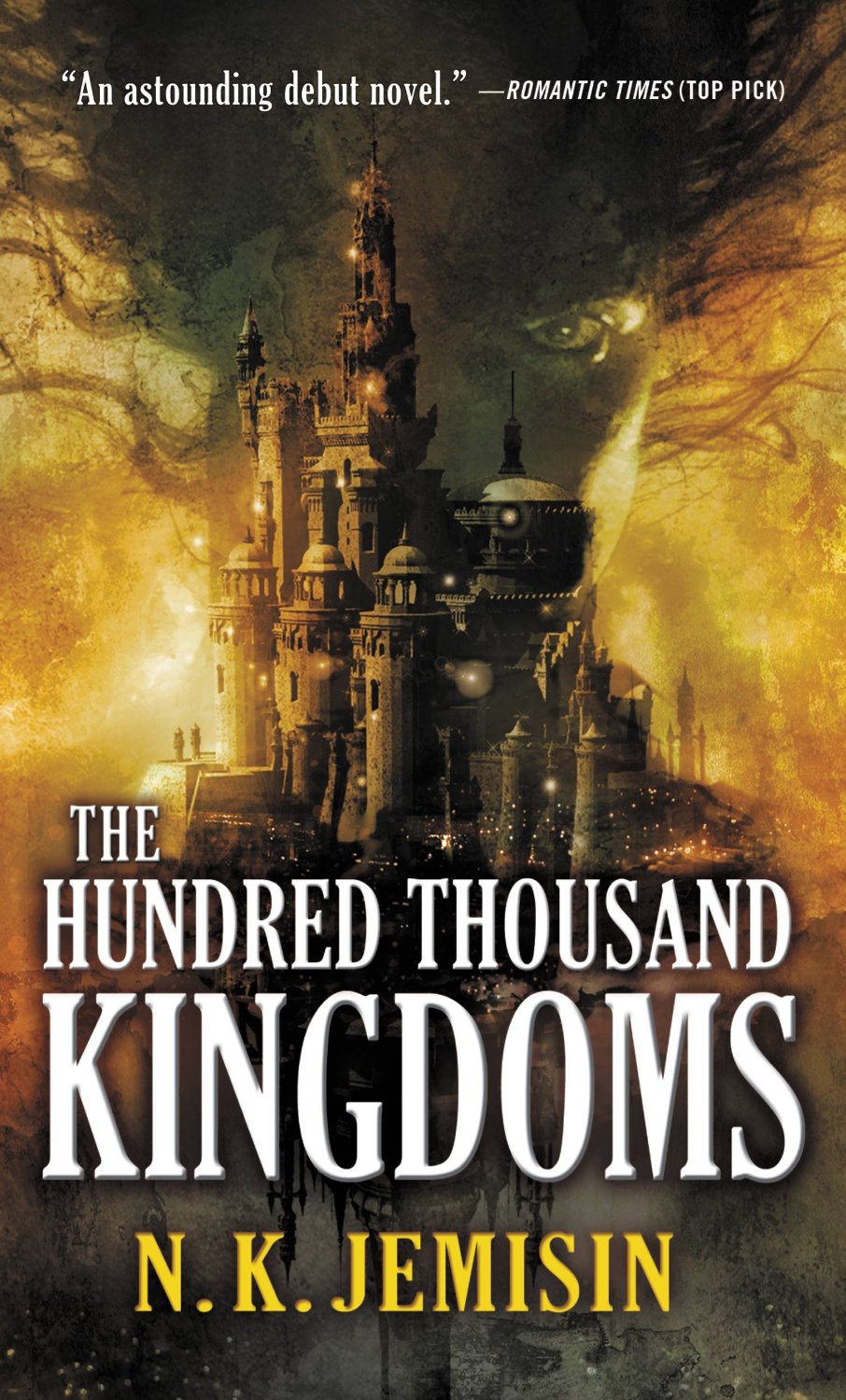 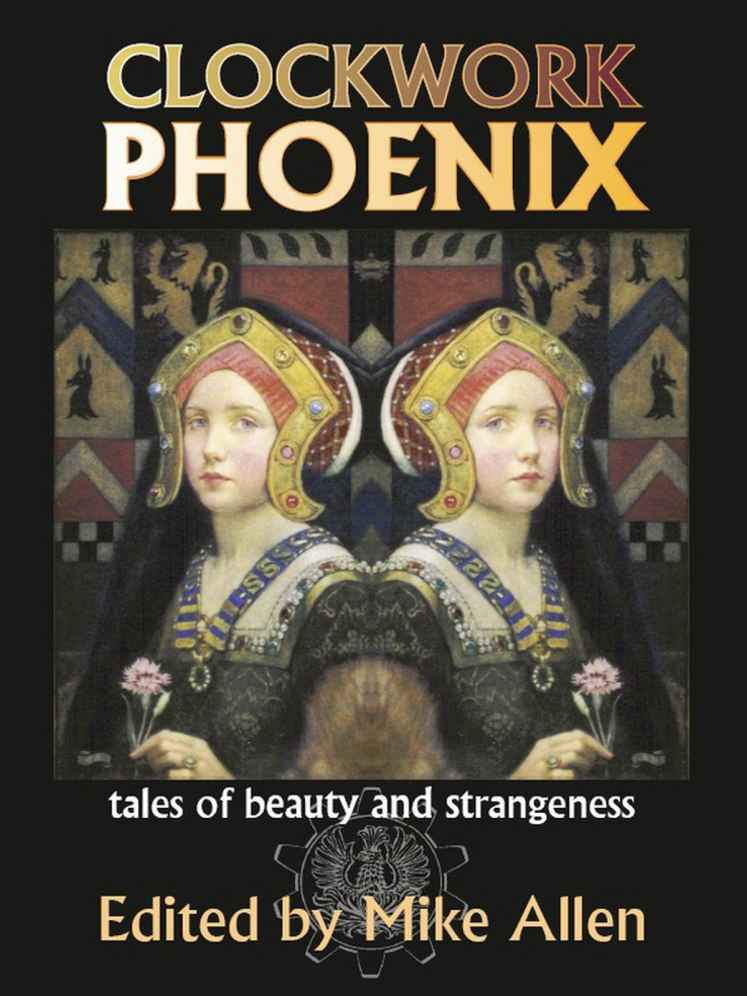